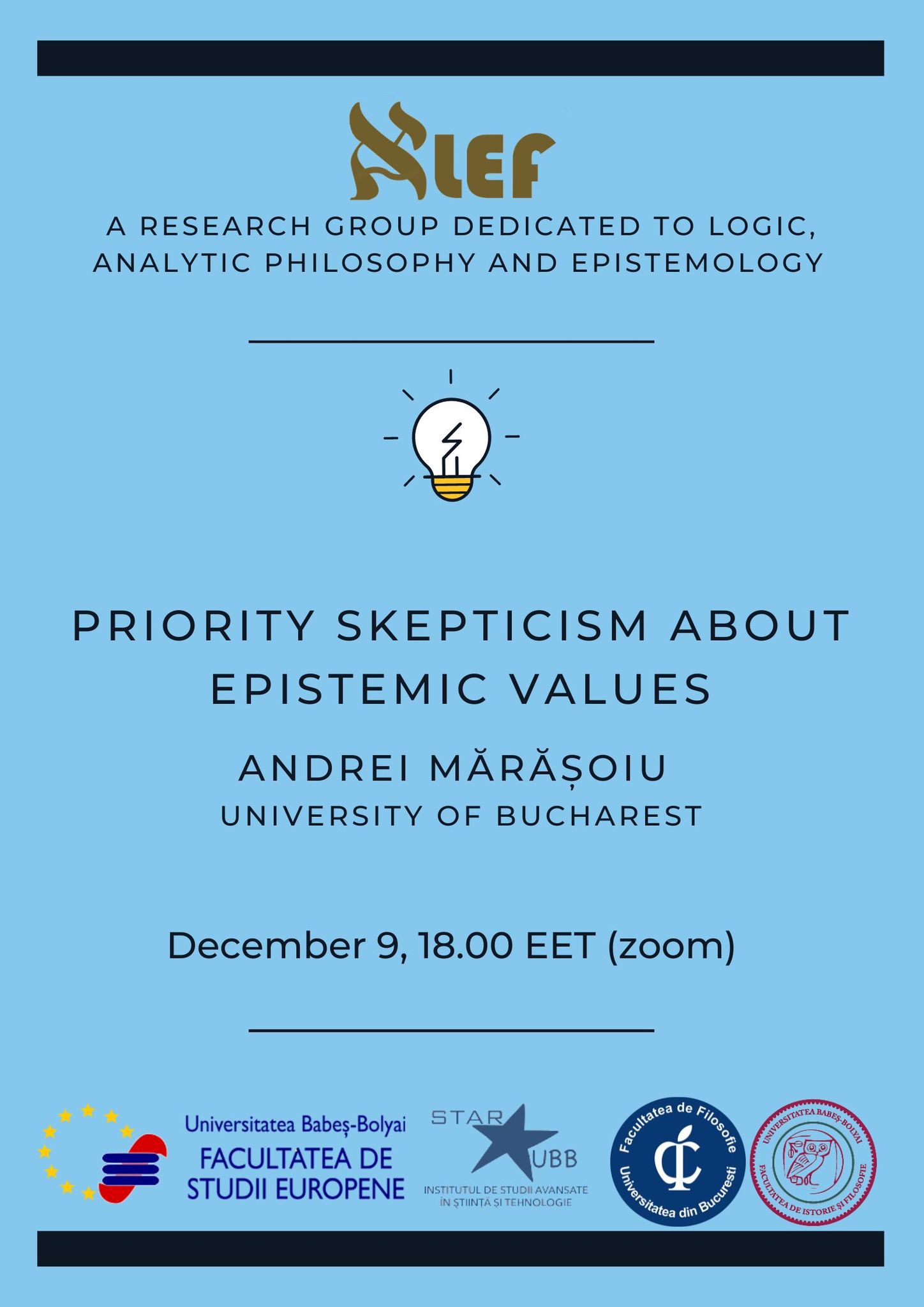 The next ALEF seminar is going to be next Friday, December 9. We are delighted to announce Andrei Mărășoiu (University of Bucharest) as our next speaker.

Here are the details of the conference:

Abstract: More and more cases crop up where the epistemic achievements we think are primarily due to the realization of a specific epistemic value (truth, coherence, simplicity, empirical adequacy, explanatory or predictive power, and so on – the list is open-ended) might in fact be primarily due to an entirely different value or several such values. Even when conceding that specific epistemic achievements might promote several values at once, claims of value priority remain moot. I explore whether we can warrant epistemic value priority claims or whether, on the contrary, we should settle for skepticism about them. I explore a diachronic variant of this issue by considering cases where historians of science allege different epistemic values were in fact promoted by scientific achievements than what the scientists themselves thought they were promoting at the time. The examples I draw on primarily come from the recent history of cognitive science, specifically the development of neural networks for modeling semantic cognition.