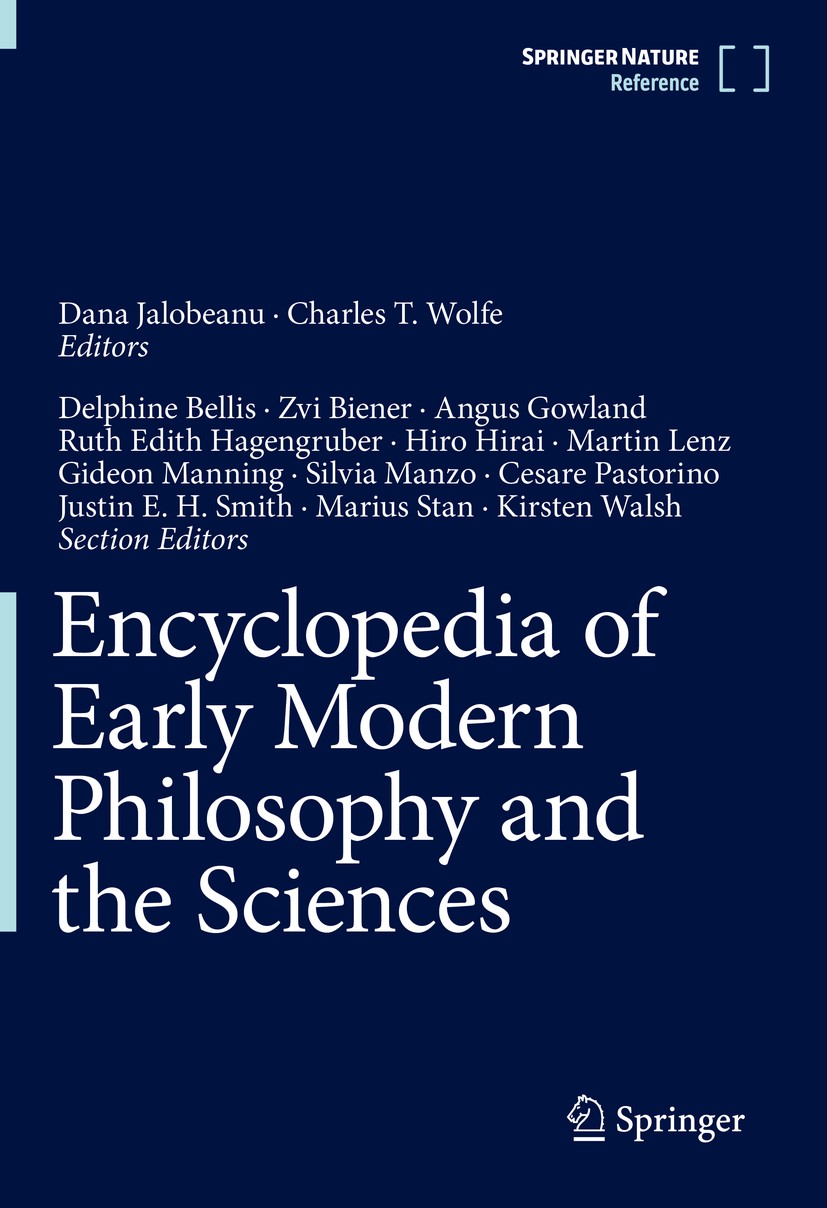 This Encyclopedia offers a fresh, integrated and creative perspective on the formation and foundations of philosophy and science in European modernity. Combining careful contextual reconstruction with arguments from traditional philosophy, the book examines methodological dimensions, breaks down traditional oppositions such as rationalism vs. empiricism, calls attention to gender issues, to ‘insiders and outsiders’, minor figures in philosophy, and underground movements, among many other topics. In addition, and in line with important recent transformations in the fields of history of science and early modern philosophy, the volume recognizes the specificity and significance of early modern science and discusses important developments including issues of historiography (such as historical epistemology), the interplay between the material culture and modes of knowledge, expert knowledge and craft knowledge.   This book stands at the crossroads of different disciplines and combines their approaches – particularly the history of science, the history of philosophy, contemporary philosophy of science, and intellectual and cultural history. It brings together over 100 philosophers, historians of science, historians of mathematics, and medicine offering a comprehensive view of early modern philosophy and the sciences. It combines and discusses recent results from two very active fields: early modern philosophy and the history of (early modern) science.