Press Release: A PHILOSOPHICAL TALK ON ART AND LAW with professor ANTHONY JULIUS 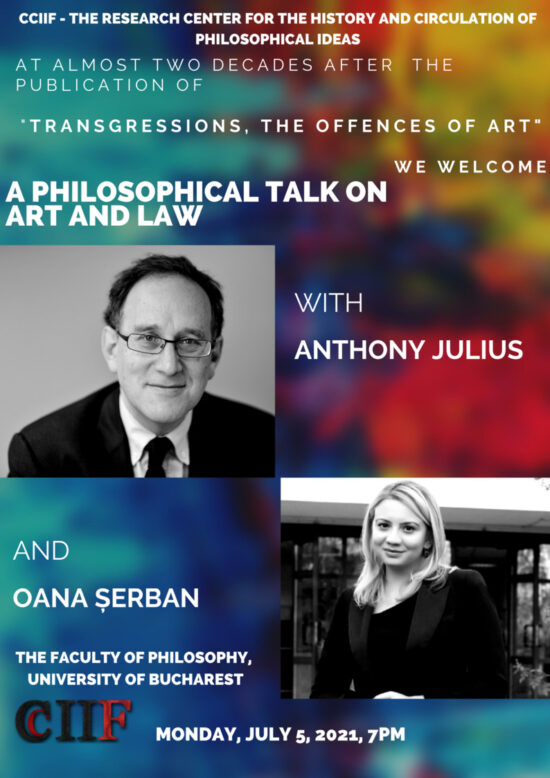 The CCIIF Conferences – The Research Center for the History and Circulation of Philosophical Ideas, subordinated to the Faculty of Philosophy, University of Bucharest, is pleased to announce that the special guest of this year`s cycle of lectures-interviews is Professor ANTHONY JULIUS. The dialogue is occasioned by a large interest of our philosophical community towards two of his impressive books, Transgressions. The Offences of Art (Thames & Hudson Ltd, 2002) and Trials of the Diaspora: A History of Anti-Semitism in England (Oxford University Press, 2010). 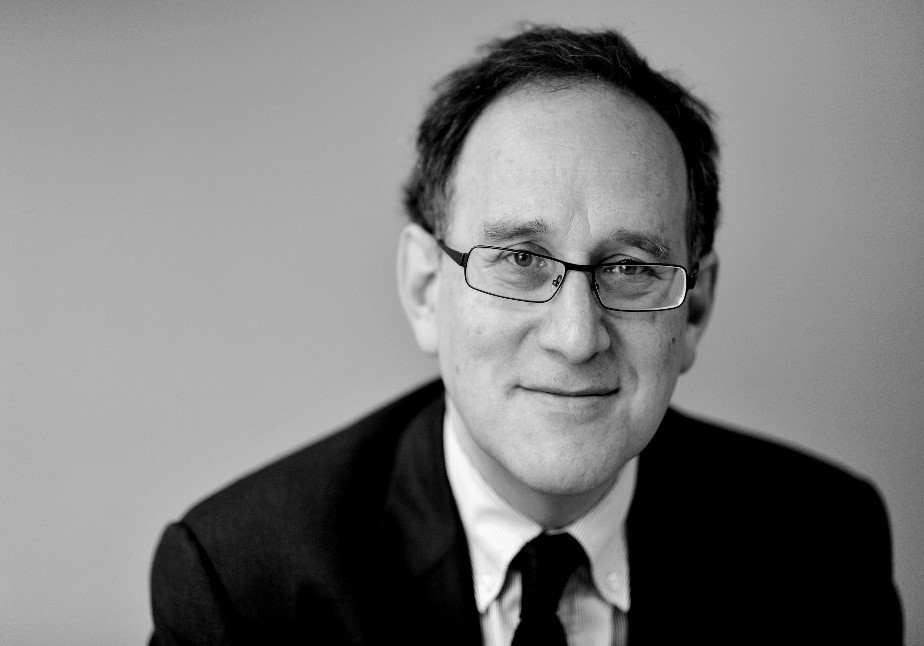 Professor Anthony Julius is Chair in Law and the Arts at University College London, and Deputy Chairman of London law firm Mishcon de Reya, joined as Chairman of Oxera’s Governing Board in November 2012. He has three careers—as a highly regarded litigation lawyer; as a member of a number of commercial and not-for-profit boards; and as an academic and author. He has degrees from Cambridge University and University College London.

As an attorney, Anthony Julius has represented Princess Diana and has famously argued for Holocaust historian Deborah Lipstadt against David Irving. 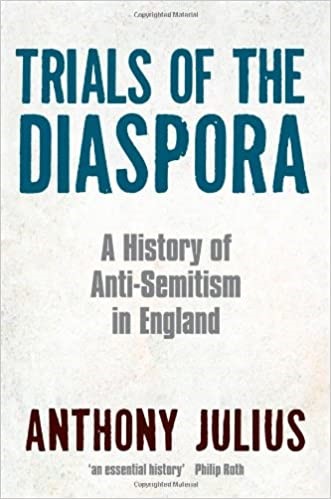 The dialogue with professor Julius, devoted to his books, will engage judicial, political and cultural approaches, and will be hosted by Oana Șerban, Executive Director of CCIF and professor at the Faculty of Philosophy, University of Bucharest.

“There have been almost two decades since professor Anthony Julius published a canonical book for the fields of art and aesthetics, namely Transgressions: The Offences of Art. I had the curiosity to find out more on what he would have to say concerning the moral and judicial implications of different artistic performances, such as Abramović`s, and how we would interpret some sensitive cases of plagiarism from the art world, that have not excused Warhol`s name. Professor Julius had the generosity to share with us his interest on censorship in art, a topic that will be at the heart of his next book, that he is currently working on. All my aesthetics classes start and end with critical considerations on transgressions, as professor Julius depicted them. Therefore, our entire philosophical community has received the announcement of this philosophical talk with the highest enthusiasm and curiosity. Personally, I admire all the efforts that professor Anthony Julius engaged in combating anti-Semitism, reflecting on the multiple forms of evil in history and addressing in the most equilibrated terms the moral cause behind these phenomena. A balanced approach is the only path towards successful actions in this field. If in aesthetics he has created his own tradition that radically shaped the emergence of norms, as well as their transgression, within modern and contemporary art, in his public life he has fully been in the service of humanity. Our dialogue has been one of the greatest honors of my career by now and I must say, one of the most expected philosophical talks of this year, for my students.” (Oana Serban)

The conference will be broadcasted by the official channels of our faculty and university, including YouTube and other social media accounts. Stay tuned Monday, July 5, 2021, at 7PM.