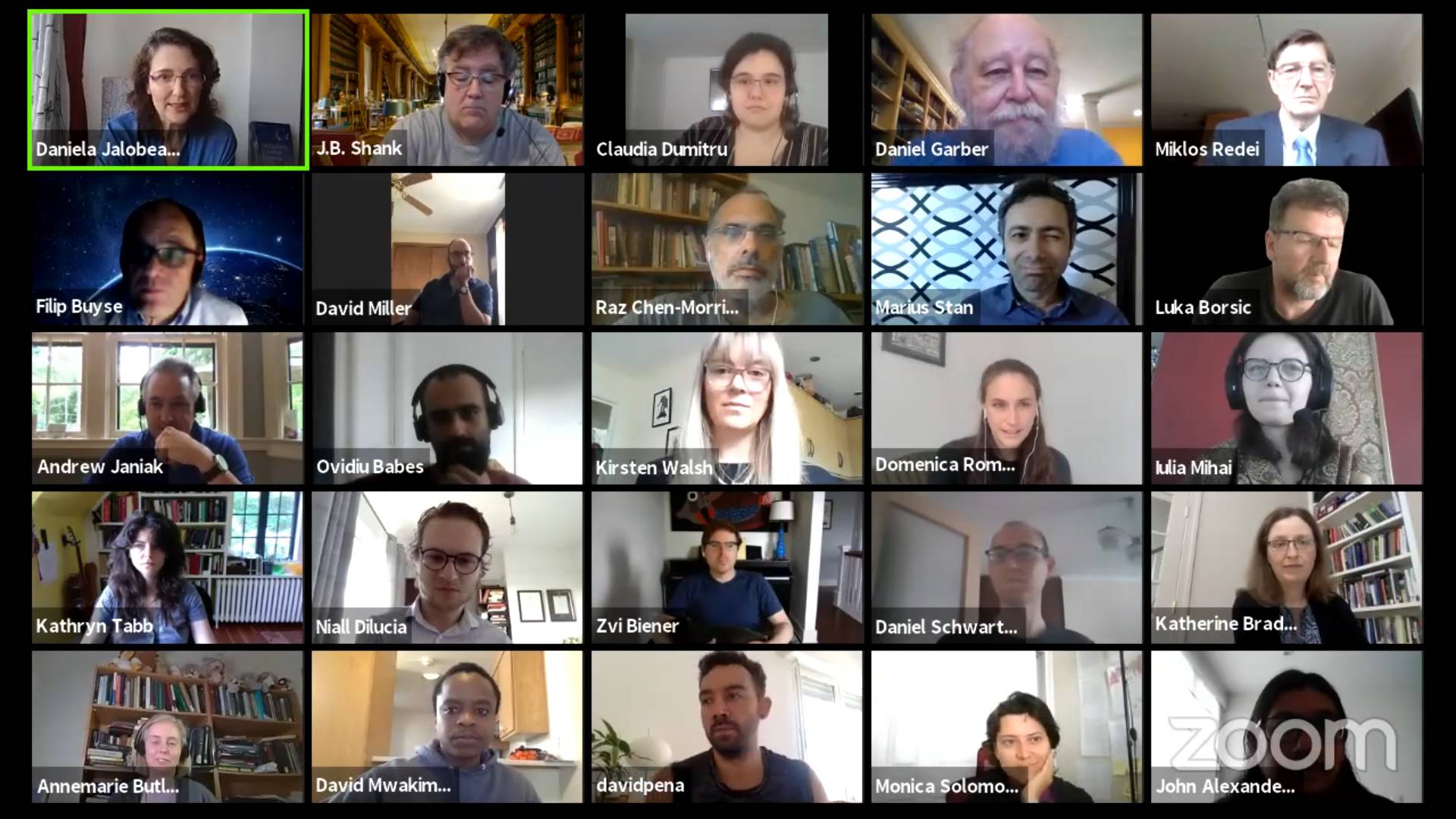 For the past 18 years, the Princeton-Bucharest Seminar in Early Modern Philosophy (PBS) — a vibrant collaboration between Princeton University and the University of Bucharest — has taken place in a remote Romanian village, nestled in the beautiful mountains of Transylvania. Each summer, 30-35 students and scholars of this relatively small academic discipline would descend on rural Bran, the home of Bran Castle, better-known as Dracula’s home in the Bram Stoker novel “Dracula.”

Attendees enjoyed lectures and presentations, formal and informal discussions, and après-session social evenings — which often included storytelling and singing — that sometimes lasted well into the night. The seminar’s reputation for academic rigor and cordiality attracted the interest of  Ca’ Foscari University of Venice, which was planning to host the event in summer 2020. Then the pandemic hit.

As all of Italy went into lockdown, “we weren’t quite sure what to do,” said Daniel Garber, the A. Watson J. Armour III University Professor of Philosophy and co-founder of the conference with

Dana Jalobeanu and Vlad Alexandrescu of the University of Bucharest. “The seminar had become an institution and annual highlight for what had traditionally been a somewhat marginalized academic community.”

When the Venice seminar was canceled on April 28, Garber and Jalobeanu acted quickly to capture in a virtual format the intimacy and deep scholarship participants had come to expect. To avoid the dreaded “Zoom fatigue” of a three-day conference, they decided on a format of weekly two-hour seminars to run for eight weeks over the summer. They sent out an announcement along with a call for papers. “We were overwhelmed by the positive response,” Garber said.

For logistical and technical support, they enlisted the help of Princeton philosophy graduate student (and a six-year veteran of the PBS) Claudia Dumitru, whom Garber describes as “one of the examples of the wonderful talent to come out of the Princeton-Bucharest Seminar.” Dumitru created a PBS WordPress blog for program details and announcements and set up a YouTube channel for live-broadcasting the sessions (which were also recorded to accommodate international participants for whom the time difference made it impossible to participate live).

Their plan worked: The weekly summer sessions drew participants from California to Moscow and everywhere in between, and the audience was more than double what could have been accommodated previously, with viewership in the hundreds. “The virtual seminar enabled us to expand this community in a way that we couldn’t if we were still meeting in person,” Dumitru added.

The program opened with “How Physics Flew the Philosophers’ Nest,” which told the story of how physics and philosophy became separate disciplines, presented by Katherine Brading (Duke University), who had attended the very first in-person summer seminar, and Romanian-born Marius Stan (Boston College). Over the next eight weeks, presentations included Carla Rita Palmerino’s discussion of early modern thought experiments (Radboud University Nijmegen), Scott Mandelbrote’s (University of Cambridge) “How We’ve Pulled Isaac Newton Apart and Whether We Should Put Him Back Together Again…” and Justin Smith’s (Paris VII) “Leibniz, Thomasius, and Capitein on Freedom and Slavery.” Garber ended his presentation with a photographic nod to something that couldn’t be replicated literally in the virtual format but captured the spirit: a bottle of pálinka — traditional Romanian moonshine — a couple of glasses and the word “Noroc!” (the Romanian equivalent of “cheers!”).

Discovering the ‘unexpected advantages’ of the virtual world

Garber said using the format of Zoom sessions instead of webinars offered its own kind of intimacy, where everybody is visible on the screen and, once the conversation starts, people could chime in with questions and comments. “Even with 60 people, there is a kind of intimacy that was surprising to me,” he said. “But it’s there. And for me, to be able to see everyone’s faces — people who I haven’t seen for a while and who I might not see for another couple of years — has been great.”

Garber continued: “We made a very successful transformation from the original format to a very different format, which has its own unexpected advantages.” He has received positive feedback from attendees around the world. One participant wrote, “I’m isolated in northern Israel and it’s so nice to be able to come onto these sessions and see people and talk.”

He noted another happy outcome. Following the success of this summer, the Princeton-Bucharest Seminar in Early Modern Philosophy weekly sessions will continue through the 2020-21 academic year. “We don’t know what life is going to be like on the other side of this pandemic,” Garber added. “Or when we’re going to get there. Or how it is that this institution — which rose to the occasion and seems to be thriving in this environment — is going to evolve on the other side. We’ll just have to wait and see.”